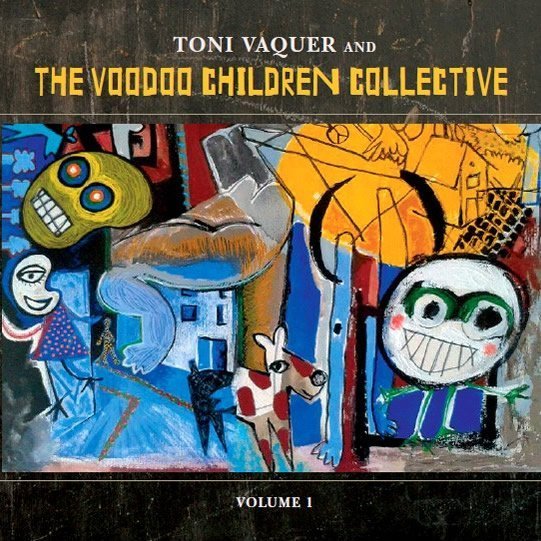 “Vaquer came up through David Mengual’s admired Free Spirits Big Band in Barcelona, but arranging skills like these are surely God-given. Most of the compositions are by band members, with La Hormiga credited to special guest Jorge Rossy, but it’s Vaquer’s vision that holds the project together. The sound-world is fascinating: reminiscent of Mike Westbrook’s Metropolis-era tone-poems in the more abstract passages, but opening out into full-throated swing. If it’s the distribution of brass that lends to the former impression, it’s the almost Kentonish (or Schuller-ish) handling of reeds that delivers the latter. All with a hint of rock in the background, as the Hendrix-inspired band name suggests.

The overture is full of strange sounds and what sound like sequencer fills, though they may be produced acoustically. Everyone’s encouraged, or takes permission to play in non-idiomatic ways. Guitarist Llombart opens his own Cincuatres with some retuned effects before revealing a big romantic ballad that implies threes over fours. Elsewhere, as on Sugao’s Preludio and Sala’s unusual Not Just The Blues, time is handled imaginatively and with real grace.

It’s a long record, but for once the threat of a volume two turns into real promise and anticipation. This is about as exciting an ensemble date as I’ve heard in a dog’s age, up there with Either/Or, the Dorf and all the others that prove big bands are currently enjoying a Jurassic Park moment.”